New Zealander Josh Thompson or (for those who know him by his stage name) Joshua Jack was fired from FCB New Zealand and brought a clown to his redundancy meeting for emotional support. It started with an email stating that Thompson’s boss would like to discuss Thompson’s role with the company. Thompson had been working at FCB New Zealand as an advertising copywriter for just five short months. When he sensed that his career was taking a turn for the worst he decided to show off his humorous side.

FCB HR’s department recommended Thompson bring along someone for emotional support in compliance with New Zealand’s employment laws, which enforce the employees right to have another person present with them in serious meetings, especially one’s intended to terminate employment. Thompson is also a budding stand up comedian, so when he received this recommendation, he decided to give himself and everyone in the office a good laugh.

The clown named Joe cost Thompson $200 (NZ), but Thompson knew at that high price that the clown would provide the quality support he needed.

Thompson and the clown met with his boss and the HR representative in his office. The clown provided comedic relief to the group. He created balloon animals for Thompson in the shape of unicorns and poodles to lift his spirits, nodded along with Thompson when he received the bad news, and mimed crying when Thompson was presented with his redundancy papers.

Overall, the experience was well worth the $200 dollars according to Thompson. He highly recommended Joe the Clown to others facing similar situations, and even Thompson’s former boss conceded that the clown “spiced” things up. Everyone at FCB was glad to see Thompson find the humor in the situation.

However, both Thompson and his former boss admitted that the clown proved to be slightly distracting. This was especially true, when Joe the Clown created balloon animals. The screeching sound produced by these balloons made it difficult to be heard and prolonged the meeting. The clown continued to create balloon animals even after being asked to stop multiple times. Still by all accounts the exchange was a pleasant if somewhat unusual one. Thompson reported that aside from being fired the meeting went smoothly.

The incident went unnoticed for a while and it remains unclear when exactly this event took place. The story gained fame through the New Zealand Herald on September 13 of this year. This news outlet posted a picture of the group sitting together. The picture was spread around the world in the past few days, and the incident has become a top news story. Josh Thompson however, has long since put the meeting behind him and is currently in a new job at DDB in Australia.

This was a relatively minor event in Josh Thompson’s life, but it has raised the question as to whether this will improve the bad reputation professional clowns have gained over recent years of being creepy. Perhaps, this incident will bring people to recognize the positive sides of clowns and the benefits of using one for emotional support. 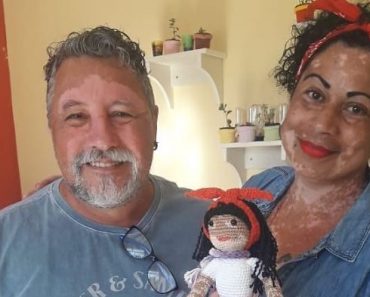